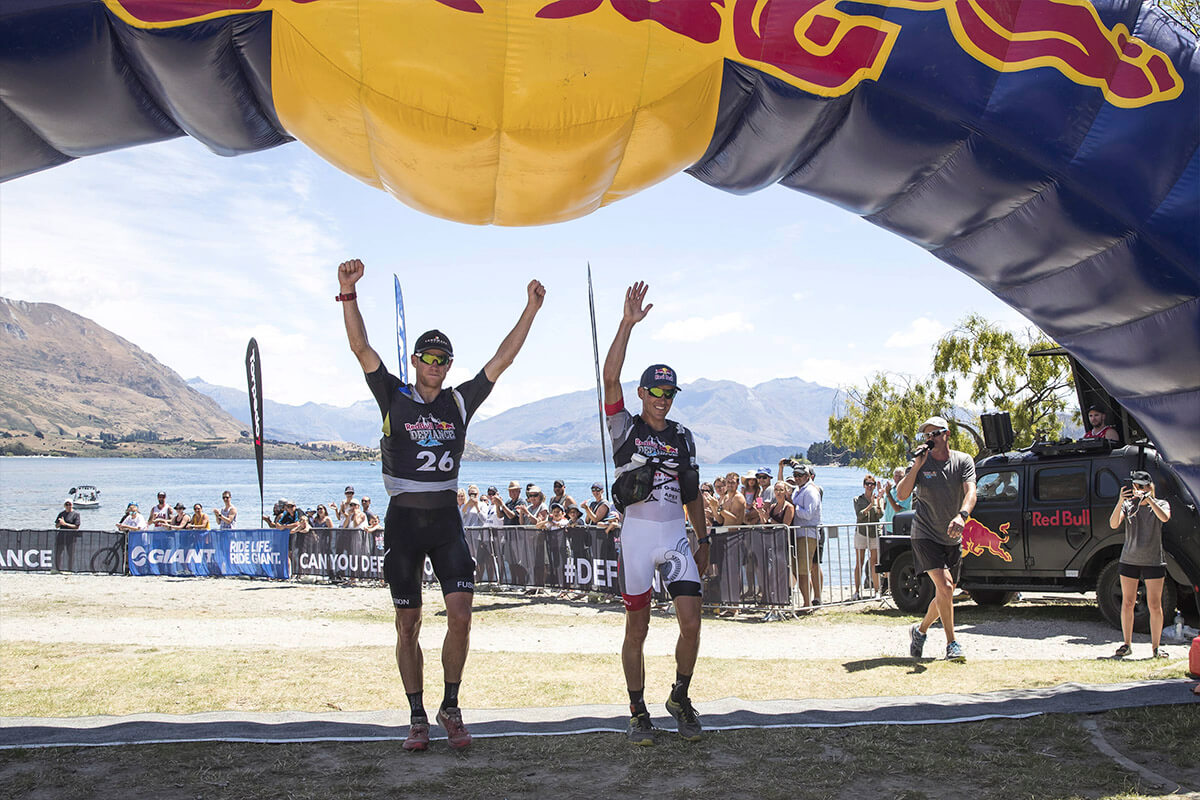 High profile Red Bull athlete Braden Currie will not be racing next weeks Red Bull Defiance making way for another team to shine.

The two day adventure race Red Bull Defiance returns to Wanaka next week and one of the most significant changes for 2019 is Red Bull athlete and New Zealand Ironman Braden Currie will not be racing, opening up the field for other high profile teams to have a crack at winning the event.

“ Braden is the founder and creator of the challenging two day course and every year he has raced his team has won,” says Red Bull Defiance Race Director Bex Law.

“He took out 2014, 2017 and 2018 and last year claimed line honours with teammate Dougal Allan in record style. With Braden not racing the field is now wide open for another team to step up to Red Bull Defiance victory.”

Currie finished a gutsy fifth place at the 2018 Ironman World Championships in Kona, Hawaii last October – crossing the finish line as the sixth fastest individual pro male in the history of the event – and is focusing on his path to Kona for 2019.

“As the official Red Bull Defiance ambassador, Braden will be at the event supporting teams and addressing all the competitors at race briefing. He is an incredible athlete and one we are very proud to have involved with the whole adventure weekend.”

Red Bull Defiance runs from the 19th– 20thJanuary and will be based out of Edgewater Resort in Wanaka. With six stages over 154km over two days, the adventure racing event is considered one of the most gruelling in the world.

Law says the 2019 field is strong with a number of high profile national and international competitors competing for a cash prize pool of $24 000 with an additional $10 000 worth of product vouchers for the X4 and single stage events.

“ We have a good smattering of Aussies racing creating some classic trans –Tasman rivalry. I am looking forward to seeing how the likes of Andy Reidy and Ryan Clark, Jethro James and Corey Oliver go as these guys are professional lifeguards from Bondi Beach and super keen on multisport.”

“The New Zealand Liv Cycling girls Sarah Cull and Katie O’Neil are stepping up from the single stage run to the Red Bull Defiance and they will push hard. Team Barracuda’s Kat Bult and Alex Martin are currently showing great form and Sia Svendsen, 2018 Red Bull Defiance female elite winner, has teamed up with Emily Wilson.”

“ I think Cameron Jones and Daniel Busch from Team Kaiteriteri will be very competitive as will Adam Wilson and Paul Preston of Team Salming NZ who have podiumed in the past. And 2012 Olympic Rowing Gold Medallist Nathan Cohen has teamed with double Olympian World Rowing Champ Carl Meyer so they will be a fairly powerful duo.”

Law says the Red Bull Defiance continues to grow steadily in its popularity.

“This is a mega challenge for teams to take on and the feedback we had from last year has been hugely positive. Athletes love the course and are looking for something that is not your everyday multisport race. We are constantly ranked as one of the top three adventure events of all time and that is largely down to the beauty of the scenic Wanaka course and the gruelling combination of disciplines and distances.”