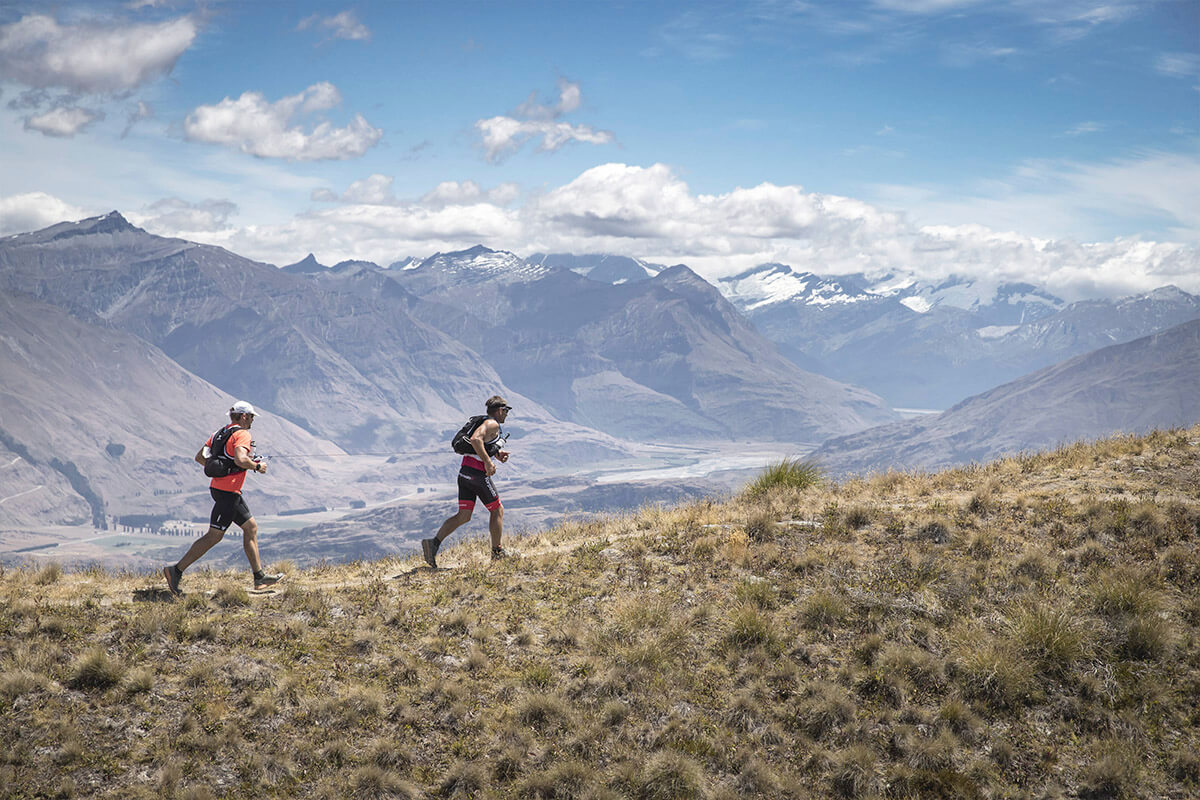 As family life tips the balance towards shorter adventures, the Best Foot Forward NZ team of Richie McCaw, Rob Nichol, Sarah Fairmaid and Bob McLachlan believe they have found the perfect solution in Red Bull Defiance’s X4 on January 19 and 20, 2019.

Requiring half the mileage of the full two-day event, the X4 allows them to race over the inspiring Red Bull Defiance course as a team of four, with only two team members racing at any one time and the other two supporting the team. Teams are free to choose which team members do each stage as long as they complete a minimum of two stages and maximum of four stages per competitor.

The four good mates maximised their racing calendar earlier this year, winning the ARC Adventure Race in the Coromandel, competing in Red Bull Defiance in two teams and then took on the ultimate challenge – racing to sixth place in the Fiordland Godzone Adventure Race.

“It was a fairly intense summer in terms of training and racing, which was great for us four but probably not ideal for our families. So, when the X4 was announced, we saw it as an ideal event to encourage us to get fit and be able to enjoy some adventures together again, while also having time for our husbands, wives and kids,” Best Foot Forward NZ founder/operator McLachlan says.

McCaw is the team’s newest entrant to parenthood, with his baby girl born only this week, while the other three members have seven children between them, ranging from five-years-old to 16.

“It’s a lot different to an adventure race, where you are navigating around in the wilderness for days. Defiance is hard, fast, dynamic and aggressive. We will need to push ourselves and it will hurt but it will also be really rewarding to do that as a group of four,” Auckland-based Nichol says.

“On the plus side it will be a nice change from non-stop expedition-style racing to finish the X4 day one on the Saturday and have a decent meal, catch up with our families and sleep in a good bed before pushing play again for day two on Sunday,” he adds.

While seasoned racer, Wanaka-based McLachlan, teamed up with multisport ‘rookie’ McCaw to exceed expectations and win the 2018 Red Bull Defiance Sport category, Fairmaid and Nichol had a tough, two days. A bike mechanical on each day left them with unfinished business to attend to in 2019 and they are determined to put together a strong performance.

McLachlan says they have hugely-experienced Wanaka adventure racer Fairmaid, who was in the team that recently won Canada’s Primal Quest, to thank for introducing them in the first place.

“Sarah made the introductions that resulted in us racing GODZone together this year. She plays an important role in the team and brings invaluable knowledge gained from two decades of international racing.”

Nichol says the reason he thinks Best Foot Forward NZ race so well together as a team is that first and foremost they are like-minded friends, who share a desire to prepare for an event and execute it to the best of their abilities.

“We’ve all got good perspective and take pride in pushing ourselves. We all enjoy having a goal or challenge on the horizon, which brings a level of training discipline to our lives. X4 allows us to strengthen our camaraderie as we are spending the weekend racing as a group of great mates.”

McLachlan recently assessed Nichol and McCaw for Grade 2 kayak competency on Canterbury’s Waimakariri River – as they are entering the Kathmandu Coast to Coast in February as a tandem team – and they hatched a plan afterwards.

Nichol says he and McCaw approached McLachlan about entering the X4 and Coast to Coast under the banner of his adventure training, trips and guiding business Best Foot Forward NZ.

“We’ve got a lot of time for Bob and think he’s absolutely outstanding as a team mate with all his technical skills. We also like his business’ philosophy, which is based around helping people achieve their adventure dreams. He can train them to take on these types of racing challenges and also has the family angle of guiding small groups out into the spectacular Wanaka surrounds for custom-made adventures on foot, mountain bikes and in water craft.”