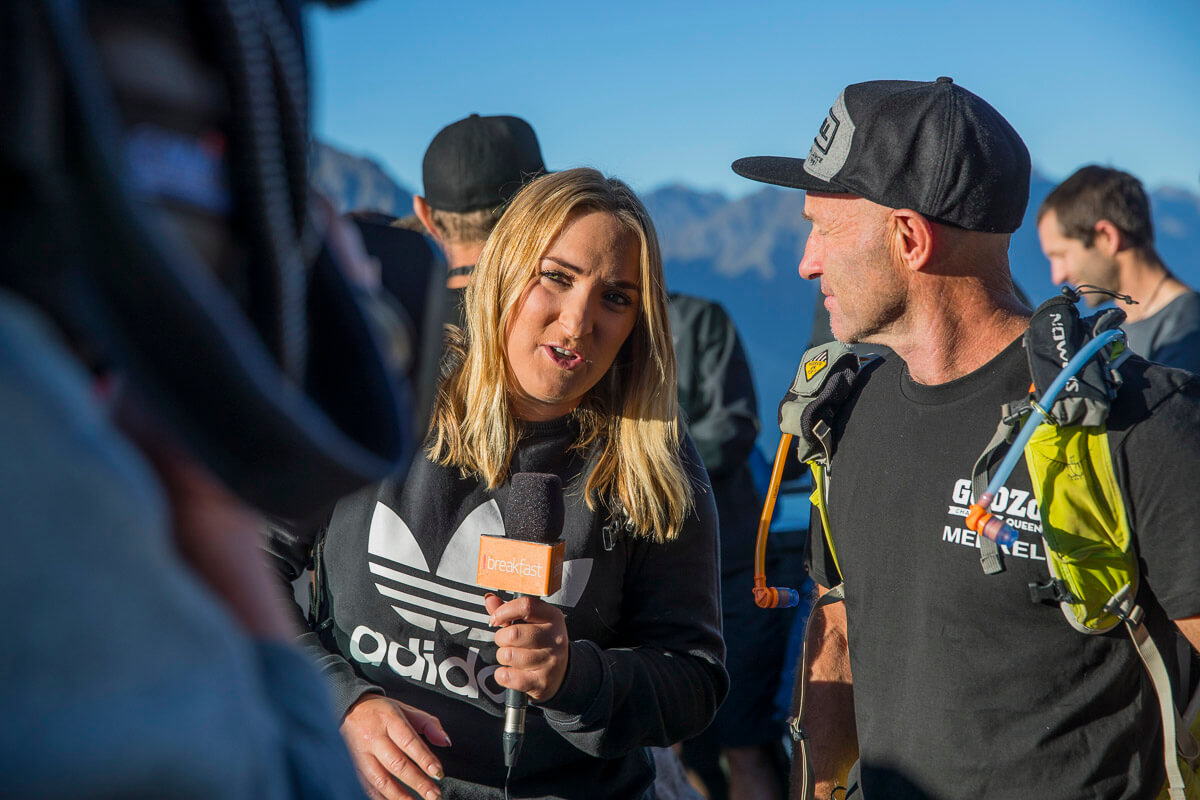 One of New Zealand’s legends of multisport will lead a team of unknowns in the new Red Bull Defiance X4 event this weekend in Wanaka.

A heady mix of champion multisport and adventure racers will be gunning for a placing in the newly minted X4 team event at this weekend’s Red Bull Defiance in Wanaka including nine time Coast to Coast winner Steve Gurney.

Gurney has come out of retirement to lead his own team in the two-day 147km event that takes place on Saturday 19thand Sunday 20thJanuary.

“Well, this is going to be one heck of a race and very interesting from my perspective because I don’t expect my team to necessarily be the fastest, and for me it’s about working together, making the most of the our strengths that should negate any weaknesses and enjoying the camaraderie,” says Gurney.

The big weekend of adventure is an ambitious punt for the Steve Gurney team who only came together after David Gray, Katie Smith and Carl Jones won the opportunity to race alongside the multisport legend.

“I actually don’t know my team from a bar of soap so it’s going to be lots of fun getting to know each other. They all now know that I have a knee injury and arthritis in the ankles but my strengths certainly are race cunning, excellent communication, plenty of motivation and energy and very high technical skills on the river,” says Gurney. “Plus I have a super-fast double kayak so fellow competitors should beware.”

Gurneys team mates are excited to be racing together. While fairly new to multisport, Katie Smith raced GODZone in 2018 and Coast to Coast in 2017 while Carl Jones is an ex World Cup XC mountain bike racer now racing enduro.

David Gray says there is no better opportunity to race at Red Bull Defiance alongside Gurney.

“I’ve always wanted to participate in RBD and it’s awesome to be racing with Steve and learn his ‘cunning race rat skills’. I have also drawn inspiration from watching and supporting my partner compete at some epic races pushing herself further than I thought possible.”

With 100 athletes competing in the X4 event there will be plenty of competition for the Gurney team to push against. The field includes the Best Foot Forward team made up of World Adventure Racing Champion Bob McLachlan, two time Primal Quest winner Sarah Fairmaid, former All Black captain Richie McCaw and NZRPA CEO Rob Nichol.

Team Swordfox led by experienced Nelson adventure racing duo Naomi and Ash Whitehead are expected to be feature in the lead pack along with Queenstown’s Altitude Brewing team led by Bruce McLeod.

“ The top Australian A1 Series team Thoughtsports.com.au will definitely make an impact on this field and will be racing fast. The Australian A1 Masters team led by Kevin Piercy and two Australian Tiger Teams led by Trevor Mullins and Tim Sikma bring some international racing flair. Tiger Adventure is an adventure racing team collective based in Brisbane with teams competing all around the world,” says Law.

The X4 event is the first race in the New Zealand’s 2019 A1 Adventure Racing Series and teams, who carry GPS tracking devices, can be followed via live tracking on the Red Bull Defiance website redbulldefiance.nz.