" There was no way, that the Kennedy Trail was not going to be part of the 2022 course. A trail runners dream with a mixture of terrain and magnificent views of the Family Islands. " 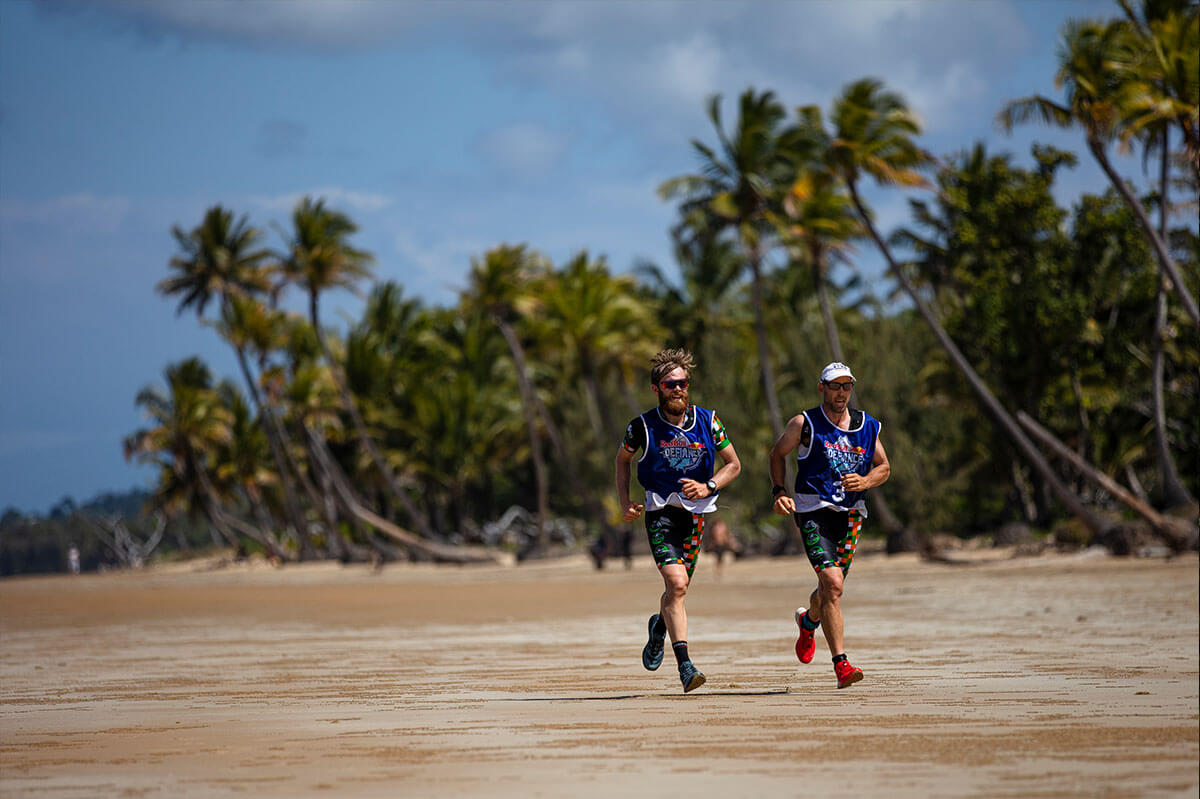 The final stage takes teams through private property (NO access outside of the event) through undulating terrain as it winds its way to the coast. The trail emerges on the beach and meets the Kennedy Trail. Teams run along a coastline, thick with history as well as great biodiversity and natural beauty. The Djiru people have lived along this coastline since the end of the last Ice Age (10,000 years bp) when the waters rose and the reef formed. Kennedy Bay was declared National Park in 1991, this completed the protection of the Hull River system which has the rare status of being protected from source to sea. The last few hundred meters follow the hard packed beach to the finish line. The Odds Defied and an epic 3-day adventure complete.

* Fast and slow times are estimates and exclude transition stops!